The International Labour Organization (ILO) Office for Turkey hosted a “Consultation Meeting on Determining Gender Pay Gap” on 3 April 2019 in Ankara with the participation of relevant stakeholders to evaluate the work on calculating and reducing gender pay gap and discuss future steps.

At the meeting held under the programme “More and Better Jobs for Women” implemented by the ILO Office for Turkey, government representatives and social parties discussed how to calculate and prevent the “gender pay gap” in Turkey, a priority topic of the project. They further assessed the methodologies adopted in various countries for this purpose, and the measures that should be taken in the long term. 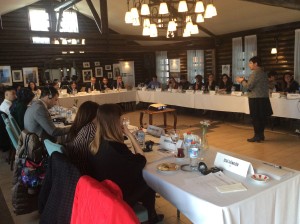 Assoc.Prof.Dr. Emel Memiş emphasised in her presentation that the gender pay gap was larger in the women-intensive sectors; that education alone did not explain the gender pay gap in Turkey, and that there were findings that 63% of the gap could be explained by discrimination. 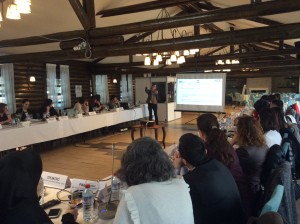 Mentioning also the measures taken by countries with good practices to reduce the gender pay gap, Memiş noted that wage transparency, extending the scope of the collective agreements and, most importantly, achieving gender equality in all domains were most important among such measures.

The representative from the Turkish Statistical Institute (TUIK) provided information on the Earnings Structure Survey to determine the gender pay gap and how it was calculated in Turkey. At the meeting, Dr. Luis Pinedo Caro, an independent international expert, made a presentation on various methodologies applied to calculate the gender pay gap. Dr. Caro noted that such methodologies included social surveys, household surveys, labour surveys and enterprise surveys.

It was also emphasized at the meeting that achieving gender equality both in practice and mindset was a most important factor in reducing the gender pay gap; and most important steps to that end included equal pay for work of equal value, gender-responsive budgeting, further inclusion of women in collective labour agreements and decision-making, and effective implementation of international conventions on transparency. 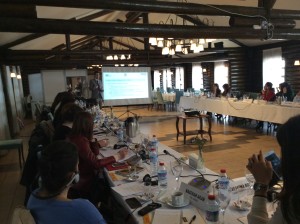 The parties’ views were also solicited at the meeting on how the administrative records that constituted the basis for Earnings Structure Survey could be supported by other data.

Under the programme, a conference on Understanding Gender Pay Gap was earlier held on 1 March 2019 in Ankara, and an infographic was prepared with the same theme.